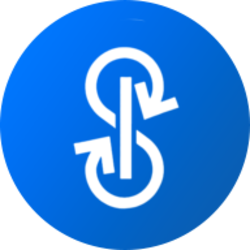 Yearn Finance is a suite of products in Decentralized Finance (DeFi) that provides lending aggregation, yield generation, and insurance on the Ethereum blockchain. The protocol is maintained by various independent developers and is governed by YFI holders. It started out as a passion project by Andre Cronje to automate the process of switching capital between lending platforms in search of the best yield offered, as the lending yield is a floating rate rather than fixed rate. Funds are shifted between dYdX, AAVE, and Compound automatically as interest rates change between these protocols.  The service offered includes major USD tokens such as DAI, USDT, USDC, and TUSD. For example, if a user deposits DAI into yearn.finance, the user will receive yDAI token in return, which is a yield-bearing DAI token.  Later on, it collaborated with Curve Finance to release a yield-bearing USD tokens pool that includes four y-tokens: yDAI, yUSDT, yUSDC and yTUSD, it is named as yUSD.  Yearn Finance debuted the vault feature after its token launch, igniting a frenzy on automated yield farming and is considered the initiator of the category of yield farming aggregator. Basically, the vau