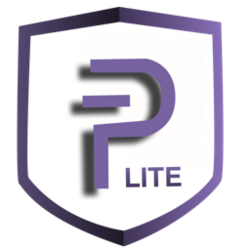 Pivx Lite (formerly known as Quark 2.0) is a fork from the original Pivx coin that was forked from Dash, with the idea of creating a currency that built upon Bitcoin but that had faster confirmation time and was exponentially more secure due to start of the art security that was implemented at that time. To that end the original Pivx developers implemented zerocoin privacy protocol call Zpiv by the Pivx team. Zerocoin was also used by multiple cryptocurrencies such as Zcoin, SmartCash, and Zoin, to name a few. Zpiv functionality is deactivated in Pivx Lite (as it is in Pivx) due to serious security flaws that have been noted on the internet. The coin is called Pivx Lite because there are only 9,200,000 coins in circulation and a masternode requires 100,000 coins, thereby significantly reducing the number of masternodes on the network and proportionately increasing the profit for each masternode. Block reward is 4 coins, 70% to the masternode winners and 30% to POS stakers. Pivx Lite will be also implementing start of the art security in near future.