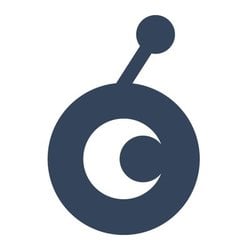 Setting up a blockchain infrastructure is an expensive and complicated ordeal, and many may certainly be on the lookout for a solution that handles this for them. Simple Token is that solution.Simple Token enables all types of businesses to tokenize their assets. It empowers mainstream apps to have their own branded tokens, helping them set up their own crypto based economy on the Ethereum network. The Simple Token website lists over 35 people as part of its team, with other sections listing even more people as it advisors and extended team. Jason Goldberg is the CEO, with an 18 year career and experience in multiple countries and sectors. He is assisted by Sunil Khedar at the CTO position, and Ben Bollen as the Chief Blockchain Strategist. The team is well recognised by the investor community and markets in general. This is easy to see when you observe that it is backed by multiple VCs, including 500Startups, Greycroft, and China’s Tencent among others. OST is the future of business tokenization, allowing companies to have their own branded tokens without the costs of setting up a blockchain infrastructure. Faster transaction times, since transactions are run on their own side chains rather than the Ethereum Main Net, avoiding the Ethereum network congestion. With the team providing monthly updates, it’s evident there is still a lot of work to be done. The ostKIT alpha is close to being released, and serves as the first public version of the complete blockchain toolkit for businesses. ostKYC is already live, and uses the OST token for all billing purposes. Other tools currently in development include a block explorer and an enterprise-grade email marketing solution. There’s also the consumer-oriented wallet to keep an eye on, as well as an updated version of the Simple Token protocol itself. Check out CoinBureau for the complete review of OST.