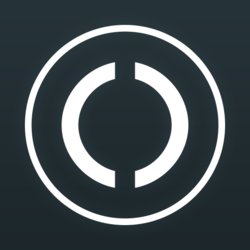 Odyssey is primarily a decentralized sharing economy and peer-to-peer ecosystem, aiming to compete with and replace the likes of Airbnb and Uber. Odyssey dreams big - aiming to completely replace the concept of private ownership with an economy in which everything is shared and little is owned. It’s a long way from its goals, of course, but making peer-to-peer sharing more efficient with smart contracts is certainly a step in the right direction. The Odyssey website lists 9 advisors, with its primary two being Yi Shi, the CEO of Shanghai’s Avazu Holding, a leading global advertising platform, and Justin Sun, the backbone of the TRON cryptocurrency. The advisory team also includes Goh Jian Kai, founder and CEO of Southeast Asia’s cross-border payment solution system RateX. Odyssey has lofty goals, aiming to create a world where sharing is the norm and ownership or sharing monopoly doesn’t come in the way of people’s lives. A decentralized sharing platform where all service providers and customers are connected definitely sounds attractive. It’s a new currency, so it needs development to reach its goals. Of course, the fact that buying a large number of OCN tokens will not put a major dent in your pocket is a definite point in its favour.