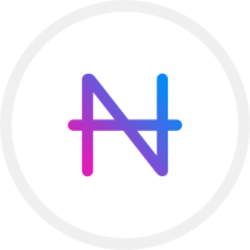 NavCoin is a decentralized cryptocurrency that uses the peer-to-peer blockchain technology to operate with no central authority managing its transactions. The issuance of NavCoin is carried out collectively by the network of miners and joint development by the NavCoin commmunity. The project is open-source and decentralized. Nobody owns or have complete controls over the cryptocurrency. The NavCoin project is open source and available for everyone to take part. NavCoin was known as Navajo Coin, which was rebranding from SummerCoinv2. NavCoin is cryptocurrency designed to be anonymous and simple to use. Established in 2014, it belongs to an older class of cryptocurrencies that came before the current wave of ICOs. NavCoin has stood the test of time well. Over the past four years it has implemented various upgrades, features, and improvements. The team is dedicated and knowledgeable, and as a result the platform has seen consistent growth. However, NavCoin has not seen the kind of growth that the other competitors in the race to be the top privacy coin have seen. Dash, Zcash, and Monero have all outstripped NavCoin in terms of adoption and funding. Recently, the project has seen a comeback, as they’ve begun to emphasize design, usability, and experience. NavCoin wants to make it simple and fast to use private transactions. Since the early days, one of NavCoin’s strong suits has been its fast transaction times. NavCoin sees block confirmations every thirty seconds as opposed to Bitcoin’s ten minutes. This is faster than Monero (2 minutes) and Zcash (2.5 minutes). Dash also averages about 2.5 minute block times, but its masternodes make it possible to send instant transactions. That said, NavCoin has the fastest standard block time of any privacy coin. These fast transactions aren’t expensive either. Where currencies like Bitcoin and Ethereum are having trouble with high miner fees, NavCoin keeps its transaction costs low. The average fee is only 0.0001 NAV to send a standard transaction. Private, encrypted transactions can be more expensive. While most other cryptocurrencies implement some form of proof of work mining, NavCoin was among the first to implement proof of stake. Proof of stake relies on users putting up a portion of their NAV holdings in order to gain an opportunity to create a new block. If the network ratifies the new block you created, you’ll receive an award. If your block is bad or contains fraudulent transactions, the proof of work algorithm takes away all the coins you staked. This incentivizes honest block creation. With NavCoin, it’s possible to earn a 5% interest from staking your NAV. In order to do so, however, you’ll need to operate a staking node on the network. You can do this on your computer by downloading the NavCoin Core client and setting the amount of NAV you want to stake. The team behind NavCoin and Valence is Encrypt S Ltd. However, it’s an open source project. As such, they’ve built up a big community following, and anyone can contribute. NavCoin features a very active development team. New updates come out regularly, usually every week. The Lead Engineer is Crag MacGregor. He is also CEO of Encrypt S Ltd. They’re the blockchain development company behind the NavCoin project. He’s from New Zealand. Nav is also one of the most beautiful, easily understood coins out there. This is in large part thanks to their marketing and creative team. NavCoin’s focus on style, branding, and communication sets them apart in blockchain space. Usability is important for adoption of any early-stage project, and it’s nice to see NavCoin taking this element of the platform seriously. Check out CoinBureau for the full review of NavCoin.