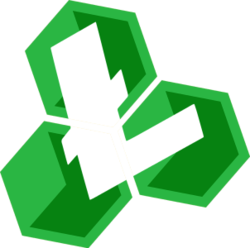 Litecoin Cash is an open source, peer-to-peer digital currency based on SHA-256 proof-of-work hashes. It’s also the world’s first blockchain to utilize HiveMine, the latest cutting-edge technology that helps to provide the ultimate protection from 51% attacks and double spending, and ensures the sustainable and long-term security of its public distributed ledger. The Litecoin Cash blockchain also has practical uses such as in the medical sector as it stores and manages electronic medical records in a secure way, as well as protecting sensitive data from hackers and giving patients more control over their information that complies with privacy regulations. LCC's target block time of 2.5 minutes gives 4 times the transaction bandwidth of Bitcoin, while transactions are 90% cheaper than Litecoin. HD wallets and native SegWit with bech32 addresses are fully supported Litecoin Cash was forked from Litecoin on 18 Feb 2018 at block 1371111, with a 10:1 Claim Ratio. For every 1 LTC held at the fork block, LTC holders could claim 10 LCC. If you held LTC at block 1371111 but haven't claimed yet, your LCC are still waiting for you! After many months of testing on tetnet The Hive became active on mainnet on Wednesday 6 Feb. 2019 The Hive is our brand new democratised mining concept, which feautures negligible energy cost and will help to. protect the coin against 51% attacks. Users create bees, agent-based mining workers which earn rewards for their owners.