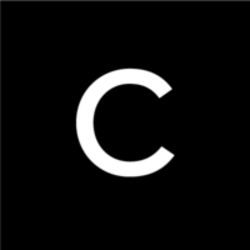 Civil is the decentralized communications protocol for journalists and citizens, launched by The Civil Media Company. The protocol limits the need for (and influence of) third parties like advertisers and centralized publisher conglomerates. The protocol aims to support independent newsrooms initially focused on producing high-quality local, international, investigative and policy journalism. In time, we envision a vast ecosystem of journalists, citizens and developers building products and services dedicated to powering sustainable journalism throughout the world. Civil’s cryptoeconomic model seeks to enable a more direct, transparent relationship between journalists and citizens, while using blockchain to also strengthen protections for journalists against censorship and intellectual property violations. The goal of Civil is to create a sustainable, global marketplace for journalism that is free from manipulative ads, misinformation and outside influence. Civil will differ from current media companies, both platforms and publishers, where a centralized operator controls the distribution of content to the public. By improving transparency and autonomy through a decentralized approach, Civil aims to strengthen trust between citizens and traditional news reporting, creating a renewed appreciation for the value of financially supporting journalism directly. Activity on the Civil protocol will be mediated through the Ethereum blockchain and a community of consumers, content creators, fact checkers and publishers, who work together to decide which newsrooms to organize and the types of content published on the network. Rather than a given platform or publisher dictating the content its readers can consume, a decentralized network of people curates newsrooms and content. In order to achieve Civil’s decentralized goal, activity on the platform will be managed by an Ethereum blockchain-based token, CVL.