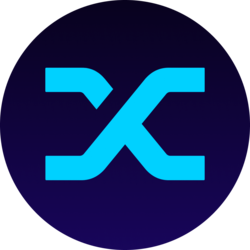 Synthetix is based in Australia, Synthetix launched a seed funding round in September, 2017 to develop the concept of a self-contained stablecoin payment network. They then kicked off their public ICO on February 28, 2018 and by the end of the ICO on March 7, 2018, they had met their goal of $30,000,000 USD. Synthetix was rebranded from Havven on November 30, 2018. Synthetix is led by a multidisciplinary team of 13 individuals. The project was founded by Kain Warwick, who previously co-founded blueshyft, one of the largest digital payment networks in Australia. The CTO is Justin Moses, who also serves as the Director of Engineering at MongoDB. Synthetix aims to address the problem that companies running centralized payment networks such as PayPal, credit card networks, or the SWIFT banking network have “absolute control over the value within the network, so any transaction conducted within them may be blocked or reversed at any time.” According to the Synthetix white paper, “Although this is ostensibly designed to protect users, it introduces systemic risk for all participants. If the network is compromised or its owners cease to behave benevolently, no party can trust that the