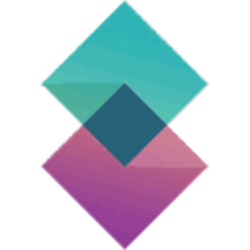 Shift is cryptocurrency that was launched in August 2015 based on Ethereum by a group of cryptocurrency enthusiast. Shift Storage Cluster - The default state of the IPFS infrastructure is represented as a globally shared network. This can lead to problems when it comes to verifying data integrity, availability, and custom implementation details such as earning token rewards for running a storage node. For this reason, Shift runs a private swarm. The storage nodes use a custom swarm key to ensure that they can only talk to other nodes using the same key. This also prevents Shift nodes being used to host and deliver content that was added outside of the Shift network which should improve reliability and performance. In order to store data permanently, IPFS implements a concept called pinning. Pinning content means that the content will be available permanently (or until it is unpinned). By default the pinning only applies to a single peer that it is pinned to, but that means if that machine goes offline, the content can be lost. The way around this is by using an IPFS cluster: a subnet (or private net) running the IPFS daemon, containing only Shift peers. The Shift cluster runs as a wrapper around the IPFS daemon. It allows the end user to connect a group of IPFS nodes together so that content can be stored and replicated within the group. The cluster elects a leader to be in charge of keeping track of which content is available in which locations. Shift is meant to disrupt the web hosting industry. The company has created Phantom which is a decentralized app to host websites. It does so through the Shift IPFS rather than the normal way a website is hosted. By using this ‘killer dApp’, the company is of the opinion that a business gets a chance of succeeding in the current competitive world. Because Shift is an open-source platform, developers of dApps are free to use the company’s script. This is made even easier by the fact that Shift Company has used Javascript which is popular language among dApp developers. According to the company, every dApp created using the Shift script can access the IPFS cluster to store data. This will be made possible by the use of a P2P hypermedia distribution protocol, an interplanetary file system which the company created. Even though the Shift has been around since 2015, the team only released the whitepaper on March the 5th 2018. The whitepaper is a bit technical but well detailed. Remember that the crypto is built with dApps developers in mind. It might not be a very good investment opportunity for a person who doesn’t understand dApps and Javascript. But at the end of the day, it is a volatile crypto which is one of the most important features to look for as a trader.