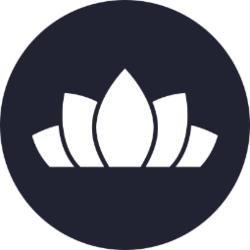 The Nectar token is not intended to raise funds for Ethfinex, and will not be sold through any form of crowdsale, ICO or fundraising mechanism. Instead, the Nectar token will act as a loyalty token. The NEC is designed to maintain liquidity and market efficiency through the incentivisation of platform loyalty. Users who choose to register for the scheme and take on the role of market maker on the Ethfinex platform, or using integrated decentralised exchange protocols, will automatically generate NEC’s, as a loyalty reward, and subsequently earn a stake in the future development, governance and success of the platform. NEC will adhere to the ERC20 Token Standard to ensure cross-compatibility with alternate exchange protocols interfacing with Ethfinex. This allows other protocols and exchanges to reward users for the liquidity they contribute. The fundamental purpose of the Nectar token is to reward market makers for the value they create, in turn encouraging them to maintain market thickness and minimised spreads on the platform trading pairs. Loyalty points entitle holders to loyalty rewards held in the Liquidity Token Smart Contract, which can be redeemed (in part or in whole) through the Redeem Mechanism upon request. Loyalty points can be traded on a secondary market amongst white listed Ethfinex users. If no tokens are redeemed at the end of a 28 day cycle, the total supply of NEC will grow. Ethfinex will hold an initial supply of NEC which will not grow over time — as a result, the percentage ownership will gradually decrease as new tokens are issued and redeemed. The exact governance mechanism will be particularly important in ensuring the details and implementation of the token can be refined in time for the Ethfinex launch. Defining the perfect liquidity incentive mechanism will be impossible without continuous testing and feedback in real markets, and the governance will complete the loop in allowing improvements to take place. Following community feedback, we have decided against the internal redesign of the chosen governance mechanism; instead, we will look to adopt the industry best practise. There are a number of fantastic projects in the space who are currently working on this, such as Aragon and District0x, some of whom we are in contact with, and we are eager to refine our governance model in accordance with them. Ethfinex has come out with a smart solution and is not organizing a direct ICO but I see it as an indirect one with a long-term range into the future where decentralized exchanges will be the future or crypto-economy. Ethfinex’s and Nectar’s token development will bring all the ERC20 tokens under one platform dedicated to Ethereum token economy which in itself will be a huge thing. The total initial supply of NEC is 1 billion tokens out which the current circulating supply is 500,000,000 NEC. This supply will be distributed to the team and early adopters as loyalty points and this will also keep growing every 30 days, with new tokens being created based on market maker programme.