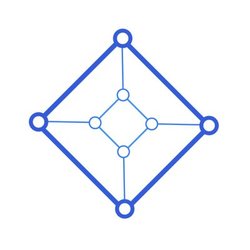 The ladder network Ladder Network developed based on the substance protocol can be directly connected to the ecological network on the Substrate protocol. Based on the above thousands of verifiable nodes and 10,000-level candidate verification nodes, we are committed to the most distributed, secure, and largest-scale cross-chain network. The ladder network Ladder Network can be used as a blockchain base layer protocol, which can connect thousands of application layer blockchain protocols, provide comprehensive basic support for the enterprise enterprise chain and million chain intercommunication, and provide users with powerful And verifiable assurance that the user's privacy and data are controlled by themselves, that is, the information they receive, the information they provide, and the content involved in the payment are circulated in a trusted network. Ladder Network uses the VRF algorithm-based threshold signature witness mechanism to ensure the validity of transaction verification. It pioneered the cross-chain investment model, which made up for the poor liquidity of cross-chain assets and introduced barriers to the chain of prediction and reality. The system is based on the assets invested by the user in the edge chain, and the main chain revenue is calculated in real time through the predictor exchange rate. In the blockchain, the real-time experience of cross-chain transfers of common user assets can be greatly enhanced, including the assets of investors in the edge chain.