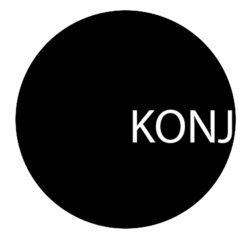 KONJUNGATE is based on the cyber novel MACHFELD written 1999 by Michael Mastrototaro. Strangely, the main character of the book is called Nakamoto and thus resembles the pseudonym of the BITCOIN inventor Satoshi Nakamoto. What a coincidence, right? Anyway. In his cyber novel, he describes 9 years before Bitcoin appears on the cryptocurrency horizon the mining of KONJUNGATE. Now 20 years after publishing the novel online, KONJUNGATE appears as a Media Art project to decentralize the funding of international contemporary Artists and art organisations and to give a strong artistic statement in times of budget cuts. During the creation of the KONJUNGATE Blockchain, 1,25% of the total digital assets was premined. This amount of Tokens will be used as an initial fund for distributing the Token to a wide range of international art organisations, to support contemporary Artists and as registered capital for the charitable MACHFELD-Foundation (in establishing) which will ensure further distribution of tokens in the future and its task is to ensure value security by means of art purchases.