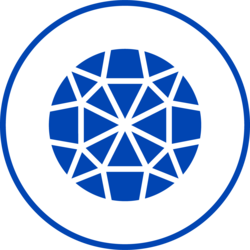 What is DMD Diamond? DMD Diamond is a digital currency that that allows people to send money anywhere in the world instantly, securely and at near zero cost. It focuses on creating a multi entry, high rewards monetary system that empowers people to achieve financial freedom through blockchain based technology. DMD Diamond's conceptual goal is to become an ultra-scarce non-government controlled storage of wealth with software facilities that can increase that wealth over time. Emission Model DMD Diamond Coin rollout is one of the cornerstones of this monetary system. The emission model stays the same as in DMD Diamond 2.0, however, the introduced changes make the emission of new coins smoother and avoid sudden large reductions in yearly interest. In the past DMD Diamond relied on both Proof-of-Stake and Proof-of-Work algorithms to govern the network. DMD Diamond 3.0 will be run by state of the art Proof-of-Stake only, while Proof-of-Work is going to be removed completely. Diamond Masternodes A DMD Diamond network consists of full nodes running as servers facilitating connectivity and transmission of updates. Masternodes is a time tested concept which was originally created to prevent decrease in number of full nodes and incentivize people to keep the network running, decentralised and expanding. Over the years as the technology matured Masternodes became ever more useful and could perform additional network services that go above what a vanilla full node could do.