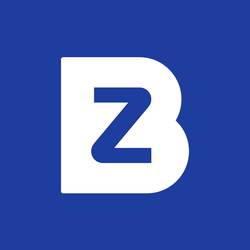 BZ is the ecological token issued by Bit-Z Exchange, abbreviated as BZ. It does not publicly raise funds from investors.The initial stage of BZ is based on the Ethereum ERC20 agreement. In the future, the BZ main net will establish more ecological models to boost the development of the platform. Based on the global eco-development plan of the Bit-Z Group, BZ will have good asset value preservation, expected value-added space, and stable market liquidity. The value space of BZ can be imagined. BZ is bringing a series of ecological core welfare benefits to the Bit-Z Group. 50% of the total, used for global partners to share a new model of dividends. Bit-Z defines one million users as its partners, and is committed to building the world's largest trading platform, and always works with users to promote the new development of global blockchain ecological construction. There is no private equity quota to protect the ecological development of the Bit-Z Group. Bit-Z puts perspective on industry health and platform self-discipline. BZ minimizes the participation threshold for global partners and creates a new economy for welfare sharing. BZ employs third-party data disclosure agencies to share data to global partners in real-time. BZ is committed to creating a fully transparent circulation mechanism.